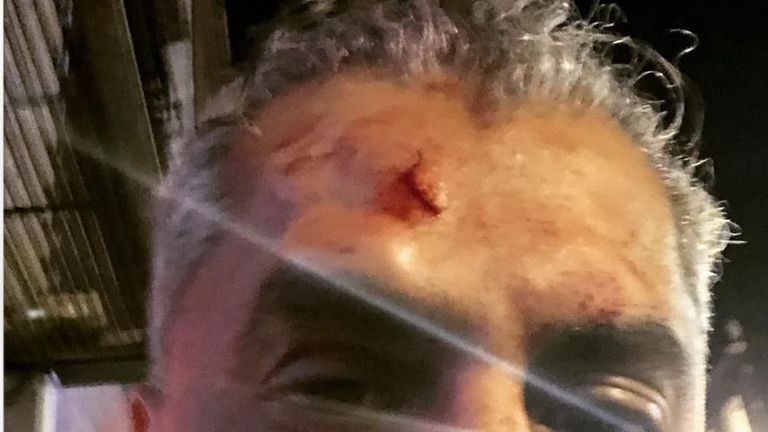 Tonight I was racially attacked while alone outside Soho theatre, from behind, as I bent down to pick up my phone. The white male assailant called me a “fucking Paki” as he hit me in the face with maybe a signet ring & ran away like a coward. He took nothing. He was just a racist pic.twitter.com/UJXEc4COq0

My initial response was to laugh and hit the “like” button.

That might sound like the response of a truly hateful racist, but it wasn’t. It was the response of someone who has spent the past week observing the Jussie Smollett hate crime narrative collapse.

As you may already know, actor Jussie Smollett claimed to have been attacked by two white men on the streets of Chicago. Smollett alleged that the men tied a noose around his neck, poured bleach on him, and used both racist and homophobic slurs during the assault.

The story sounded bogus from the start for a whole host of reasons, but has now been all-but-confirmed to have been a not-so-carefully-orchestrated hoax.

The mindset the Smollett incident left me with led me to believe that Maajid’s tweet was a parody.

Many have noted that the real victims of the Smollett hoax are individuals who do indeed wind up on the receiving end of hate-induced assaults. With knowledge of the Smollett incident as well as many similar, politically-motivated hoaxes, the public will be less likely to believe an individual who is genuinely attacked by racists or bigots.

It seems as though this effect, at least for a moment, caused me to laugh at a victim instead of express sympathy. When I looked at the replies to the tweet, I realized that Maajid’s story is almost certainly true and one of the worst things that can happen to a person. It is a twist of cruel irony that this hateful incident was perpetrated against a man whose life’s work is to prevent this kind of violence from taking place. And I am ashamed of my reaction.

In short, lies do not end with the liar. Their consequences can travel around the world and land where you least expect it. Stick to the truth.

Maajid Nawaz and the Jussie Effect